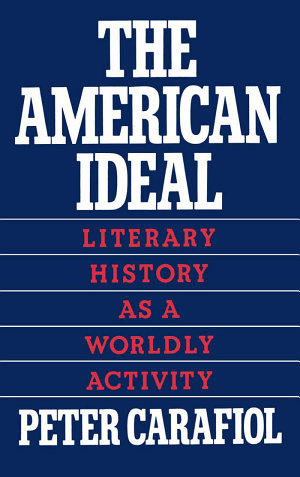 This work argues that American literary scholarship enshrines a reactionary vision of history, of narrative, and of America itself. Carafiol examines the way idealist assumptions have been essential to doing American literary history and unwraps the implications of that symbiosis for current debates about the aims and methods of literary history in general. Carafiol directs his critique not only at traditional approaches to American literature but also at the most influential recent efforts by New Historicists and cultural critics to revise that tradition. Reconsidering the debate between ahistorical and historical models of literary study, he argues that works by such writers like Emerson and Thoreau subvert the claims of critics on both sides. Such writing is important, he proposes, not as timeless art or as social document, but as a voice that can speak powerfully in contemporary conversations, challenging literary critics in all fields to reconsider their critical assumptions and professional practices.