A new era of Firefly starts here, as the secret history of the Unification War is revealed at last! From Joss Whedon (Buffy the Vampire Slayer, Avengers) comes a new era of Firefly, as the definitive story of the Unification War is told at last! Captain Malcolm Reynolds thought he could outrun his past, but when a simple heist goes wrong, he’s forced to confront it. With the fabled Traitor of Serenity Valley in his sights, Mal’s quest for revenge will put him at odds with his own crew, forcing him to make a choice: fix the past or fight for the future. Along with Whedon, writer Greg Pak (Mech Cadet Yu, Totally Awesome Hulk, Weapon X) and artist Dan McDaid (Judge Dredd: Mega City Zero) take you back to the battleground where it all began...and reveal a secret history that might end it all. 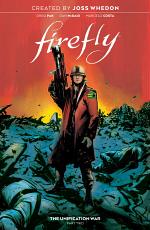 Authors: Greg Pak
Categories: Comics & Graphic Novels
From Joss Whedon (Buffy the Vampire Slayer, Marvel’s The Avengers) comes a new era of Firefly, as the definitive story of the Unification War is told at last! Serenity’s crew is divided, as Captain Malcolm “Mal” Reynolds and his First Mate Zoe Washburn are arrested for crimes committed during the 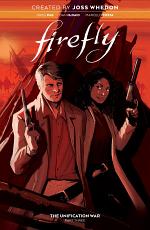 Authors: Greg Pak
Categories: Comics & Graphic Novels
Mal, Zoë, and the rest of the ragtag crew of Serenity have been ambushed by bandits, kidnapped by zealots, pursued by bounty hunters, thrown in jail, broken out of jail, and thrown in jail again...but they’d go through it all again if it would mean staving off a second Unification 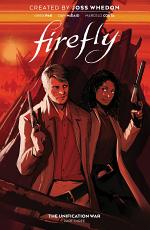 Authors: Greg Pak
Categories: Comics & Graphic Novels
HERE'S NO ESCAPING THE PAST. The truth about the Unification War is fully revealed as Mal remembers that saving the day always comes with a high cost. That goes double for saving the entire 'verse. Indeed, Mal, Zoe and the crew of Serenity will be forced to make an unlikely
Language: de
Pages: