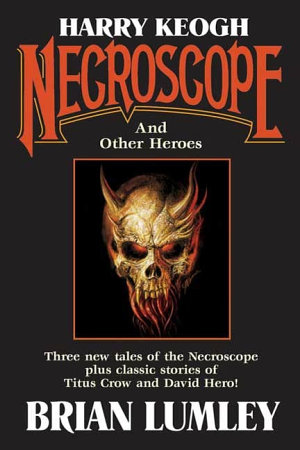 From the fertile mind of Brian Lumley: Weird heroes and weirder worlds! Harry Keogh: Necroscope and Other Weird Heroes! Vampires. Elder Gods. Nightmares. Mysterious elixirs. Wines capable of transporting the drinker-literally-to another world. Fossils that dream of rending flesh between their teeth. These wonders, and many more, spring from the fertile imagination of Brian Lumley. Harry Keogh: Necroscope and Other Weird Heroes! collects eight long tales of four of Lumley's most popular creations; Titus Crow, David Hero and his companion, Eldin the Wanderer; and the original Necroscope himself, Harry Keogh, who is featured in three completely new stories, one of them a short novel. The other stories in this collection have previously only been published in the United Kingdom. Titus Crow: Psychic detective, master magician, destroyer of the ancient Cthulian gods. In "Inception," we see the infant Titus at the moment his destiny falls upon him. In "Lord of the Worms," a simple secretarial job lands Crow on a sacrificial altar. And in "Name and Number," Henri Laurent de Marigny details a battle between Titus Crow and malevolent, occult winds that can rip living flesh from bone. David Hero and Eldin the Wanderer: once men of the waking world, now agents for King Kuranes of the Dreamlands. Sips of "The Weird Wines of Naxas Niss" send the pair on a tumultuous journey from a buxom beauty's bed to the depths of a wizard's dungeon. Then, seeking his missing friend, David Hero boards an ill-fated airship that is home to "The Stealer of Dreams." Harry Keogh, Necroscope: vampire killer without peer, capable of conversing with the dead. A sudden windfall brings Harry to Las Vegas, where he meets "Dead Eddy," a gambler who can't resist the temptation of one last big win-from beyond the grave! In "Dinosaur Dreams," Harry's interest in fossils leads him to uncover the truth behind the death of a young amateur paleontologist . . . and to discover that it's not just dead people he can call on in a crisis.... Harry's undying love for his mother leads him down a dangerous path in the brief "Resurrection." Four of Lumley's greatest heroes. Three of his most popular worlds. Tales to chill and to delight. Open the book and be swept away. At the Publisher's request, this title is being sold without Digital Rights Management Software (DRM) applied. 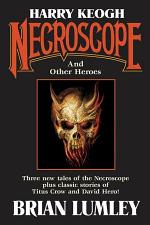 Authors: Brian Lumley
Categories: Fiction
From the fertile mind of Brian Lumley: Weird heroes and weirder worlds! Harry Keogh: Necroscope and Other Weird Heroes! Vampires. Elder Gods. Nightmares. Mysterious elixirs. Wines capable of transporting the drinker-literally-to another world. Fossils that dream of rending flesh between their teeth. These wonders, and many more, spring from the 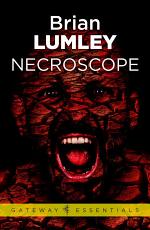 Authors: Brian Lumley
Categories: Fiction
DEAD MEN TELL NO TALES...Except to Harry Keogh, Necroscope. And what they tell him is horrifying. In the Balkan mountains of Rumania, a terrible evil is growing. Long buried in hallowed ground, bound by earth and silver, the master vampire schemes and plots. Trapped in unlife, neither dead nor living, 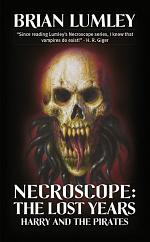 Harry and the Pirates 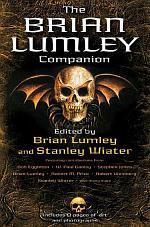 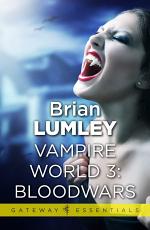 Authors: Brian Lumley
Categories: Fiction
Two monstrous armies stand opposed: Vormulac Unsleep's undead legions out of Turgosheim, and Wratha the Risen's Renegades, masters of the last great aerie of the Wamphyri. The spoils of war will be revenge, territory, and human flesh! And blood, of course - the sweet blood of Sunside's Szgany. For the