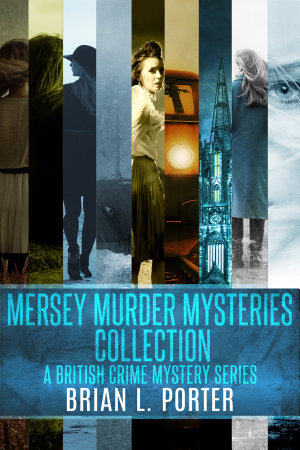 All nine books in 'Mersey Murder Mysteries', a series of British crime novels by Brian L. Porter, now in one volume! A Mersey Killing: Liverpool, 1999. Skeletal remains found in the docklands lead Detective Inspector Andy Ross and Sergeant Izzie Drake into a journey through time, as the investigation takes them back to early days of the Mersey Beat. Whose bones laid beneath the mud of the River Mersey for over thirty years, and what links them to a young woman, missing for the entire time? All Saints: The Liverpool murder investigation unit runs into a series of horrific murders, which begins as the body of Matthew Remington is found in the graveyard of St. Matthew’s Church. Detective Chief Inspector Andy Ross and Sergeant Izzie Drake must lead their team in a race against time to prevent further atrocities, but what links the dead men with an old mental hospital, now an orphanage, and the scarcely reported suicide of a teenage girl? A Mersey Maiden: A peaceful cricket match on a warm summer’s day turns to murder and mystery, as the star player Aaron Decker is found dead in his bed, his girlfriend sleeping soundly beside him. Political implications are considered, before the case takes on a new twist with links to the disappearance of a German U-Boat and a British warship in 1945. With the mysterious Aegis Institute hovering in the background of the investigation, D.I Andy Ross and his team are dragged into their most complex case to date. A Mersey Mariner: Soon after the aging cargo liner Alexandra Rose steams into the Mersey Estuary, one of the ship’s passengers is found dead in his cabin. Andy Ross and his team discover that the case has its roots in the depths of the Amazonian Rainforest. A billionaire entrepreneur, passengers who may not be exactly who or what they say they are, a team of medical researchers and a team of vicious mercenaries all have their part to play, and Ross and his team from the Merseyside Police Specialist Murder Investigation team will need all their skills in order to solve the case of the Mersey Mariner. A Very Mersey Murder: In 1966, England wins the soccer World Cup at Wembley. The same night, the body of a young barmaid is discovered close to an abandoned lighthouse near Liverpool. Two more murders follow, and all remain unsolved. In 2005, Detective Inspector Andy Ross and his team are called in when a disturbingly similar series of murders begins in the same location. If their estimates are correct, Ross has one week to solve the case before the third Lighthouse Murder takes place. Last Train to Lime Street: As the late night train from Manchester to Liverpool approaches the outskirts of the city, it hits the body of a man under the bridge. After the police look into the case, they learn that the man was a well-known American movie director - of the adult variety. As Andy Ross and his team investigate the death, they find out that the man’s list of enemies is almost as long as the railway line from Manchester to Liverpool. Is his murder personal or professional? The Mersey Monastery Murders: When a monk is found poisoned at the St. Emma’s Priory, the Chief Constable - a friend of the Prior - insists that Andy Ross and his team handle the investigation. The case turns out to be more complex than they first thought. After a second victim is found with a pitchfork thrust through his body, Ross discovers that to solve the case, they must reopen a cold case from years ago. When connections to the old East German Secret Police - the Stasi - are revealed, Ross realizes that nothing is as it seems in The Mersey Monastery Murders. A Liverpool Lullaby: After a woman's body is found in a local beauty spot, her heart surgically removed, D.I. Andy Ross and his team are called in to investigate. But this time, they face a criminal mastermind unlike any they have before, who soon becomes known as The Doctor. All evidence points to romantic connections between the killer and his prey, with an eerie lullaby left playing on an old tape recorder next to the victims. As one body after another is found, Andy Ross and his team race against time to identify the killer. The Mersey Ferry Murders: A new serial killer is at large in Liverpool. The victims appear to have no connection to each other, and Detective Inspector Andy Ross and the Merseyside Police Force Specialist Murder Investigation Team are brought in to investigate. Ross and his team of detectives soon realize that the killer has a ‘murder list’ and that unless he or she can be stopped, the city’s streets will soon be awash with the blood of the innocents. But can they prevent the killer from carrying out a plan of heinous proportions? 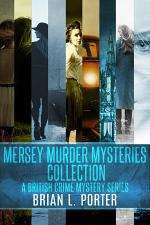 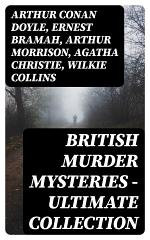 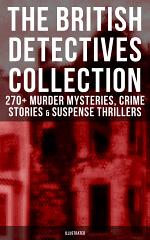 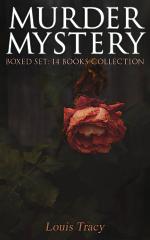 Authors: Louis Tracy
Categories: Fiction
This carefully crafted ebook collection is formatted for your eReader with a functional and detailed table of contents: Detectives White & Furneaux Mysteries: The Postmaster's Daughter Number Seventeen The Strange Case of Mortimer Fenley The De Bercy Affair What Would You Have Done? Reginald Brett, Barrister Detective: The Albert Gate

Authors: Brian L. Porter
Categories: Fiction
1966. England wins the soccer World Cup. The same night, a barmaid's body is discovered near an abandoned lighthouse. Two more murders follow; all remain unsolved. 2005. DI Andy Ross is called in when a disturbingly similar series of murders begins in the same location. If their estimates are correct,