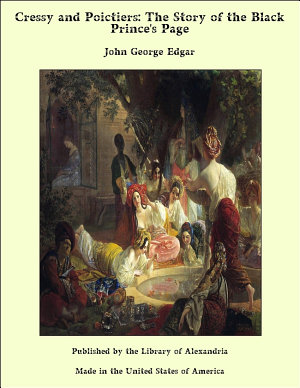 In the fourteenth century, when the population of England was estimated at two millions—when our railways were bridle-roads and our cornfields forests, and when the capital was a little town enclosed by an old Roman fortified wall, with towers and turrets—no festival, save Christmas and May Day, was regarded with more interest than Midsummer Eve, or the vigil of St. John the Baptist. Great was the commotion, much the ceremony, in London on such occasions; and as the shades of evening fell, young and old, high and low, rich and poor, participated in the excitement of the hour. The houses were decorated with branches of green birch, long fennel, St. John's rush, and orpine; and as night closed over the city the inhabitants illuminated their dwellings with clusters of lamps, and made the streets resound with merriment and song. At the same time, the ceremony of "setting the watch"—a body of armed guards, instituted in the reign of the third Henry to keep the peace, and prevent robberies and outrages—was performed with much show and splendour. On this ceremony, indeed, large sums of money were expended, and the watchmen, arrayed "in bright harness," marched in procession, accompanied by the Lord Mayor and aldermen, the city officers, a crowd of minstrels, giants, and morris-dancers; while blazing cressets and huge torches, borne on men's shoulders, threw a flood of light over the scene, and raised the wonder of the thronging populace. Meanwhile, a large fire was kindled in the street, and stirred to a blaze, which was intended to typify the patron saint of the day. Around this fire lads and lasses danced and disported themselves merrily to the sound of music. Many and gay were the capers they cut as the flames rose and fell. Sometimes they leaped over the fire amid many shouts, and at others they looked through garlands at the flame, believing that, by so doing, they freed themselves from various pains and diseases, present and prospective. Not till midnight—sometimes not till dawn—did the dancing cease; and as soon as day broke, while the dew was still on the grass and flowers, the young women went forth to practise certain rites, by which they believed they could assure themselves of the constancy or inconstancy of their wooers. Collecting garlands of flowers, the nymphs bound them on their heads, and according as the dew remained a longer or shorter time on the flowers, they augured more or less favourably of the fidelity of their lovers. Moreover, they secured a snow-white wether, decorated it with garlands, and, enclosing it in a hut of heath, danced and sang around. She who wished to test her fortune stood by the door, and if the wether remained quiet she considered the omen good; but if he pushed his horns through the door of the hut, she concluded that her suitor was to prove false. Such was the great medieval festival that was being celebrated at the time when our chronicle opens, when Edward III. was King of England, and on the point of undertaking the war with France, which resulted in mighty victories won and splendid conquests achieved against great odds; and when the hero of this story entered upon the remarkable adventures which associated his name with that of the young conqueror of Cressy and Poictiers—Edward, Prince of Wales, popularly known as "the Black Prince." 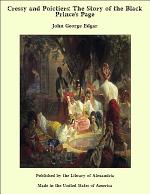 Cressy and Poictiers: The Story of the Black Prince's Page

Authors: John George Edgar
Categories:
In the fourteenth century, when the population of England was estimated at two millions—when our railways were bridle-roads and our cornfields forests, and when the capital was a little town enclosed by an old Roman fortified wall, with towers and turrets—no festival, save Christmas and May Day, was regarded with 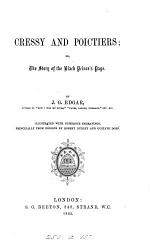 Cressy and Poictiers; Or, The Story of the Black Prince's Page

Authors: John George Edgar
Categories: Crécy, Battle of, Crécy-en-Ponthieu, France, 1346
Books about Cressy and Poictiers; Or, The Story of the Black Prince's Page 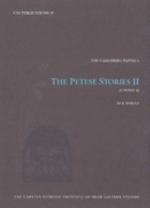 Authors: K. S. B. Ryholt
Categories: History
This volume six of the Carlsberg Papyri series contains the edition of a new manuscript with Petese Stories from the Tebtunis temple library, dating to the period around 100 AD. The Petese Stories is a compilation of seventy stories about the virtues and vices of women. The numerous stories were
Language: en
Pages: 129

My Best Collection of Princess and Prince Stories 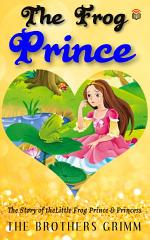