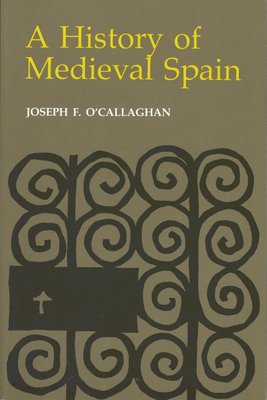 Medieval Spain is brilliantly recreated, in all its variety and richness, in this comprehensive survey. Likely to become the standard work in English, the book treats the entire Iberian Peninsula and all the people who inhabited it, from the coming of the Visigoths in the fifth century to the reign of Ferdinand and Isabella. Integrating a wealth of information about the diverse peoples, institutions, religions, and customs that flourished in the states that are now Spain and Portugal, Joseph F. O'Callaghan focuses on the continuing attempts to impose political unity on the peninsula. O'Callaghan divides his story into five compact historical periods and discusses political, social, economic, and cultural developments in each period. By treating states together, he is able to put into proper perspective the relationships among them, their similarities and differences, and the continuity of development from one period to the next. He gives proper attention to Spain's contacts with the rest of the medieval world, but his main concern is with the events and institutions on the peninsula itself. Illustrations, genealogical charts, maps, and an extensive bibliography round out a book that will be welcomed by scholars and student of Spanish and Portuguese history and literature, as well as by medievalists, as the fullest account to date of Spanish history in the Middle Ages. 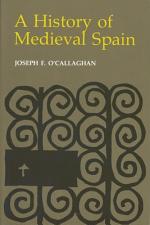 A History of Medieval Spain

Authors: Joseph F. O'Callaghan
Categories: History
Medieval Spain is brilliantly recreated, in all its variety and richness, in this comprehensive survey. Likely to become the standard work in English, the book treats the entire Iberian Peninsula and all the people who inhabited it, from the coming of the Visigoths in the fifth century to the reign 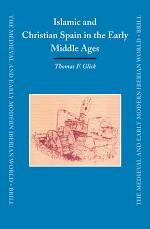 Islamic and Christian Spain in the Early Middle Ages

Authors: Thomas Glick
Categories: History
This work represents a considerably revised edition of the first comparative history of Islamic and Christian Spain between A.D. 711 and 1250. It focuses on the differential development of agriculture and urbanization in the Islamic and Christian territories and the flow of information and techniques between them. 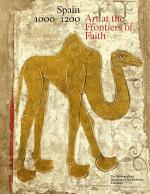 Authors: Julia Perratore
Categories: Art
Spain, 1000–1200: Art at the Frontiers of Faith tells a nuanced story of the dynamic and interconnected medieval Iberian Peninsula while celebrating the artistic exchange among Christians, Muslims, and Jews in the region during the Middle Ages. This Bulletin emphasizes the variety and richness of the Museum’s holdings of medieval 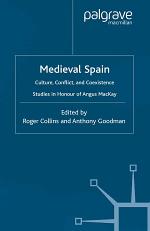 Authors: R. Collins, A. Goodman
Categories: History
This volume of essays contains contributions from a very wide range of British, American and Spanish scholars. Its primary concern is the relationships between the various ethnic, cultural, regional and religious communities that co-existed in the Iberian peninsula in the later Middle Ages. Conflicts and mutual interactions between them are 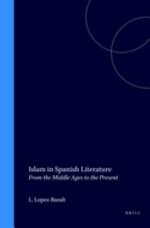 Authors: Luce López Baralt
Categories: History
A sweeping reinterpretation of Spanish literature, showing the great debts to Arab culture that Spain incurred through the 800 years of Islamic presence in Iberia. By so doing it redefines the ground of the study of Spanish literature.