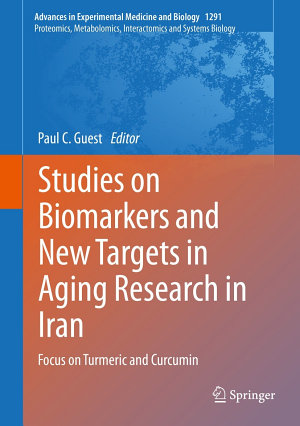 The Middle East is known as the cradle of civilization. It was the crossroads of ancient empires and the birthplace of major world religions. Today it is the center of many world issues due to its economic, religious and political importance. Although it has lagged behind many other regions of the world in medicinal research, this has increased dramatically in recent years with increasing numbers of relevant publications and the country of Iran has spearheaded this progress. Much of the research has focused on increasing our understanding of the aging process and attempting to identify biomarkers and natural products to improve the human healthspan. This book provides a comprehensive overview of the research conducted in the Middle East on the health benefits of curcumin, a phytochemical derived from the famous spice turmeric. Hundreds of studies have now been published describing the health benefits of this spice. The importance of this research is exemplified by poor data regarding health and longevity as only 0.08% of the population in Iran consists of individuals over 90 years of age. This is approximately 10 times lower than the percentage of this same age group in the United Kingdom and the United States of America and almost 20 times lower than that in Japan. This book presents a series of reviews and meta-studies describing research which has resulted in identification potential new biomarkers and drug targets for age-related disorders. All of the studies have focussed on the testing of curcumin and related products, which have already shown some promising leads in age-related conditions such as heart-disease, diabetes, cognitive impairment and cancer. The authors in this series come from different centers and cities of Iran, including Mashhad, Tehran, Isfahan, Ahvaz, Birjand, Quchan and Yazd, and many of the chapters feature collaborations with other countries of the Middle East and throughout the world, including Brazil, Italy, Mexico, Oman, Poland, Switzerland, the United Kingdom and the United States of America. This underscores the emergence of the Middle East into this arena of research. The book will be of high interest to scientific and clinical researchers in the subject of aging and age-related disease, and to physicians and pharmaceutical company scientists since it gives insights into the latest strategies, biomarkers and targets involved in the mechanism of action of curcumin to promote healthy aging. It will also provide important information on disease mechanisms related to age-related disorders, as each chapter will be presented in the context of specific chronic diseases. 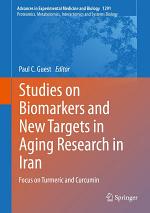 Studies on Biomarkers and New Targets in Aging Research in Iran

Authors: Paul C. Guest
Categories: Science
The Middle East is known as the cradle of civilization. It was the crossroads of ancient empires and the birthplace of major world religions. Today it is the center of many world issues due to its economic, religious and political importance. Although it has lagged behind many other regions of 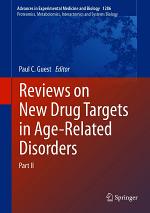 Authors: Paul C. Guest
Categories: Science
Aging is an inevitable part of life, and is becoming a worldwide social, economic and health problem due to the fact that an increasing proportion of individuals in the advanced age category have a higher probability of developing age-related disorders. New therapeutic approaches are still in need to decrease or 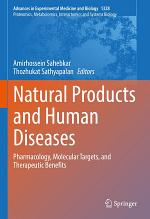 Authors: Amirhossein Sahebkar, Thozhukat Sathyapalan
Categories: Science
Natural products have a long history of use as folk medicines in several systems of traditional medicine. Extensive evidence from modern pharmacological studies has confirmed traditional applications, and unveiled the vast potential of naturally occurring compounds, particularly plant-derived phytochemicals, in the management of chronic human diseases. The past decade has 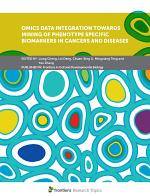 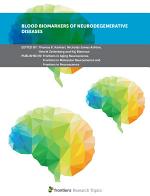