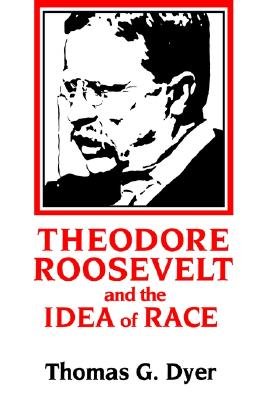 This provocative study examines Theodore Roosevelt’s ideas about race, focusing especially on his attitude toward blacks, American Indians, immigration, and imperialism. Thomas G. Dyer gives careful attention to formal and nonformal aspects of Roosevelt’s thought, as revealed in his voluminous published works and personal papers. Dyer’s book asks a number of important questions. In what proportions do popular thought and formal racial theory appear in Roosevelt’s attitudes? What was the intellectual context of his speculations on race? How was his racial thought related to broader areas of intellectual activity such as natural science and social philosophy? How did Roosevelt regard various white and nonwhite ethnic groups? How did Roosevelt’s racial thought conform to the prevailing philosophies of the late nineteenth and early twentieth centuries? Historians have traditionally disagreed about the character of Theodore Roosevelt’s racial ideology. Dyer’s illuminating study clarifies many of the relevant issues by viewing Roosevelt’s racial theory as an integrated whole.