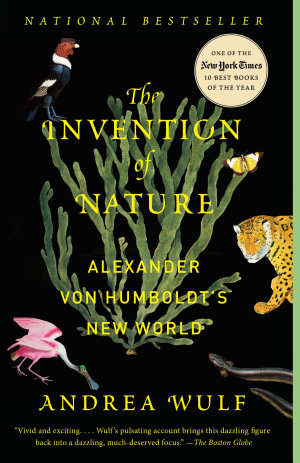 The acclaimed author of Founding Gardeners reveals the forgotten life of Alexander von Humboldt, the visionary German naturalist whose ideas changed the way we see the natural world—and in the process created modern environmentalism. NATIONAL BEST SELLER One of the New York Times 10 Best Books of the Year Winner of the Los Angeles Times Book Prize, The James Wright Award for Nature Writing, the Costa Biography Award, the Royal Geographic Society's Ness Award, the Sigurd F. Olson Nature Writing Award Finalist for the Andrew Carnegie Medal for Excellence in Nonfiction, the Kirkus Prize Prize for Nonfiction, the Independent Bookshop Week Book Award A Best Book of the Year: The New York Times, The Atlantic, The Economist, Nature, Jezebel, Kirkus Reviews, Publishers Weekly, New Scientist, The Independent, The Telegraph, The Sunday Times, The Evening Standard, The Spectator Alexander von Humboldt (1769–1859) was an intrepid explorer and the most famous scientist of his age. In North America, his name still graces four counties, thirteen towns, a river, parks, bays, lakes, and mountains. His restless life was packed with adventure and discovery, whether he was climbing the highest volcanoes in the world or racing through anthrax-infected Siberia or translating his research into bestselling publications that changed science and thinking. Among Humboldt’s most revolutionary ideas was a radical vision of nature, that it is a complex and interconnected global force that does not exist for the use of humankind alone. Now Andrea Wulf brings the man and his achievements back into focus: his daring expeditions and investigation of wild environments around the world and his discoveries of similarities between climate and vegetation zones on different continents. She also discusses his prediction of human-induced climate change, his remarkable ability to fashion poetic narrative out of scientific observation, and his relationships with iconic figures such as Simón Bolívar and Thomas Jefferson. Wulf examines how Humboldt’s writings inspired other naturalists and poets such as Darwin, Wordsworth, and Goethe, and she makes the compelling case that it was Humboldt’s influence that led John Muir to his ideas of natural preservation and that shaped Thoreau’s Walden. With this brilliantly researched and compellingly written book, Andrea Wulf shows the myriad fundamental ways in which Humboldt created our understanding of the natural world, and she champions a renewed interest in this vital and lost player in environmental history and science. 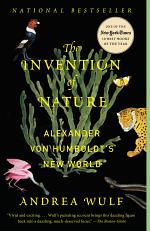 Guide to Andrea Wulf's the Invention of Nature 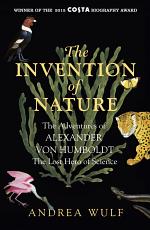 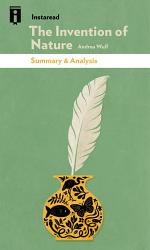 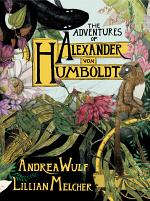 The Adventures of Alexander Von Humboldt

Authors: Andrea Wulf
Categories: Comics & Graphic Novels
A KIRKUS REVIEWS BEST BOOK OF THE YEAR From the New York Times bestselling author of The Invention of Nature, comes a breathtakingly illustrated and brilliantly evocative recounting of Alexander Von Humboldt's five year expedition in South America. Alexander von Humboldt (1769-1859) was an intrepid explorer and the most famous