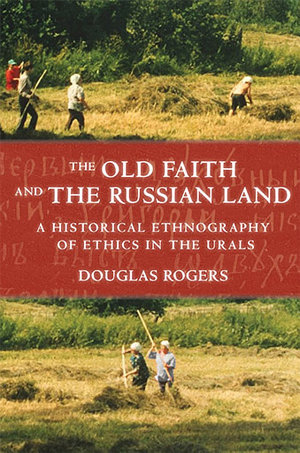 The Old Faith and the Russian Land is a historical ethnography that charts the ebbs and flows of ethical practice in a small Russian town over three centuries. The town of Sepych was settled in the late seventeenth century by religious dissenters who fled to the forests of the Urals to escape a world they believed to be in the clutches of the Antichrist. Factions of Old Believers, as these dissenters later came to be known, have maintained a presence in the town ever since. The townspeople of Sepych have also been serfs, free peasants, collective farmers, and, now, shareholders in a post-Soviet cooperative. Douglas Rogers traces connections between the town and some of the major transformations of Russian history, showing how townspeople have responded to a long series of attempts to change them and their communities: tsarist-era efforts to regulate family life and stamp out Old Belief on the Stroganov estates, Soviet collectivization drives and antireligious campaigns, and the marketization, religious revival, and ongoing political transformations of post-Soviet times. Drawing on long-term ethnographic fieldwork and extensive archival and manuscript sources, Rogers argues that religious, political, and economic practice are overlapping arenas in which the people of Sepych have striven to be ethical-in relation to labor and money, food and drink, prayers and rituals, religious books and manuscripts, and the surrounding material landscape. He tracks the ways in which ethical sensibilities-about work and prayer, hierarchy and inequality, gender and generation-have shifted and recombined over time. Rogers concludes that certain expectations about how to be an ethical person have continued to orient townspeople in Sepych over the course of nearly three centuries for specific, identifiable, and often unexpected reasons. Throughout, he demonstrates what a historical and ethnographic study of ethics might look like and uses this approach to ask new questions of Russian, Soviet, and post-Soviet history. 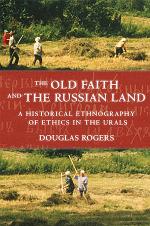 The Old Faith and the Russian Land

Authors: Douglas Rogers
Categories: History
The Old Faith and the Russian Land is a historical ethnography that charts the ebbs and flows of ethical practice in a small Russian town over three centuries. The town of Sepych was settled in the late seventeenth century by religious dissenters who fled to the forests of the Urals 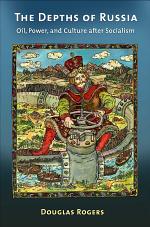 The Depths of Russia

Authors: Douglas Rogers
Categories: Social Science
Russia is among the world’s leading oil producers, sitting atop the planet’s eighth largest reserves. Like other oil-producing nations, it has been profoundly transformed by the oil industry. In The Depths of Russia, Douglas Rogers offers a nuanced and multifaceted analysis of oil’s place in Soviet and Russian life, based 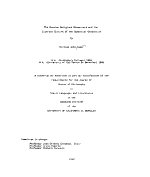 The Slave Soul of Russia

Authors: Daniel Rancour-Laferriere
Categories: History
Why, asks Daniel Rancour-Laferriere in this controversial book, has Russia been a country of suffering? Russian history, religion, folklore, and literature are rife with suffering. The plight of Anna Karenina, the submissiveness of serfs in the 16th and 17th centuries, ancient religious tracts emphasizing humility as the mother of virtues, 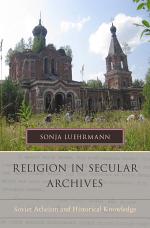 Authors: Sonja Luehrmann
Categories: History
What can atheists tell us about religious life? Russian archives contain a wealth of information on religiosity during the Soviet era, but most of it is written from the hostile perspective of officials and scholars charged with promoting atheism. Based on archival research in locations as diverse as the multi-religious