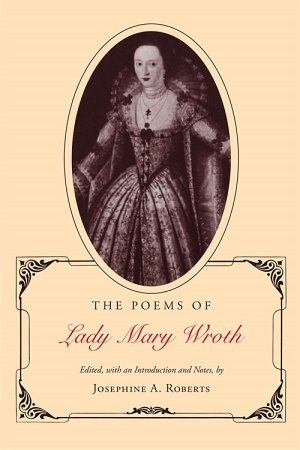 Although her poems are little know today, Lady Mary Wroth was one of the most accomplished women writers of the English Renaissance. Her poems were circulated among many of the leading authors of her time, including Ben Johnson, who praised her work for its profound understanding of the nature of romantic love. Lady Mary's sonnet cycle, Pamphilia to Amphilanthus, was the first English sequence to be written from a women's perspective. The Countesse of Montgomery's Urania, her romance interspersed with poetry, was one of the first works of prose fiction to be composed by an Englishwoman. In this complete edition of Lady Mary Wroth's verse, Josephine Roberts has brought together and annotated all 192 of the surviving poems, many of which have never been published before. As the eldest daughter of Sir Robert Sidney and Lady Barbara Gamage, Lady Mary took great pride in the Sidney literary heritage. During the years of her marriage she assumed the roles of both poet and patron, an example set for her by her father and her more famous uncle, Sir Philip Sidney. She further followed the precedent of her uncle by choosing for her own work the artistic forms that he had favored -- the sonnet sequence, pastoral romance, and pastoral drama. As a young woman, Lady Mary belonged to Queen Anne's intimate circle, but in the years following her husband's death she suffered a precipitous decline in social status. She violated the social taboos of her age by becoming the mistress of her first cousin, William Herbert, earl of Pembroek, and bearing him two illegitimate children. Her artistic efforts aroused equal controversy when, after the publication of her prose romance, the Urania, several prominent noblemen attacked her for portraying their private lives under the guise of fiction. Despite these obstacles -- and the added burden of the unpaid debts that were the legacy of her disappointing marriage -- Lady Mary maintained an independent spirit and trusted in an ability to make her own decisions. In her prose works she lashed out at the hypocrisies of life at court; in her poetry she wrote of more personal concerns -- the treacherousness of emotion, the eternal elusiveness of love. Rising above well-worn Elizabethan conceits, the best of Lady Mary's poems reveal an ambivalence toward romance and a wise understanding of the vicissitudes of human emotion. 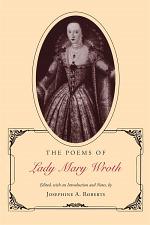 The Poems of Lady Mary Wroth

Authors: Josephine A. Roberts
Categories: Poetry
Although her poems are little know today, Lady Mary Wroth was one of the most accomplished women writers of the English Renaissance. Her poems were circulated among many of the leading authors of her time, including Ben Johnson, who praised her work for its profound understanding of the nature of

Authors: Lady Mary Wroth
Categories: Poetry
This is the first modernized edition of the poems of Lady Mary Wroth. Born circa 1587 and married in 1604, Lady Mary was part of the Queen's entourage at the court of King James I. The poems reproduced here are from Urania, a chivalric romance published in 1621, and Pamphilia
Language: en
Pages:

The Poems of Lady Mary Wroth 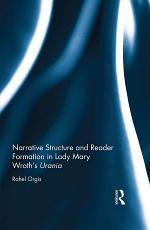 Authors: Rahel Orgis
Categories: Literary Criticism
Narrative Structure and Reader Formation in Lady Mary Wroth’s Urania offers the first systematic formal and thematic analysis of Wroth’s Urania in its historical context and explores the structural means by which Wroth fashions her readership. The book thus has a dual focus, at once on narrative art and reader