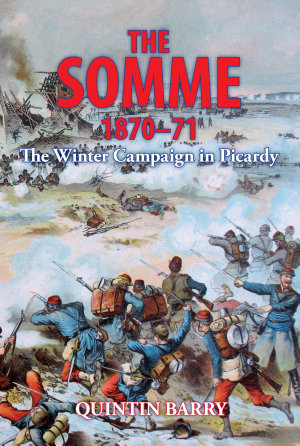 After the battle of Sedan on September 1, 1870 and the collapse of the Second Empire, followed by the investment of Paris, the Government of National Defense set about raising fresh armies. These had as their first objective the relief of the capital. The German troops covering the investment were stretched extremely thin until the fall of Metz at the end of October 1870. This released the forces around the city to move north and west to deal with the newly forming French armies. The German Campaign in the northeast of France was conducted by the First Army led by General Edwin von Manteuffel. Opposing him was the French Army of the North, initially commanded for a short time by General Charles Bourbaki. He was soon replaced by General Louis Faidherbe, who was sent far from Africa. The Campaign was fought to a large extent over the area of the Somme battlefields of the First World War, and the names of the towns and villages are grimly familiar with the resonance of what was to come. In 1914-1918, the direction of the fighting was on an east - west axis; in 1870 - 1871, it was north-south, with the line of the Somme being crucial to the outcome of the Campaign. The first major battle was the battle of Amiens on November 24; fought before Faidherbe's arrival, the Army of the North was led by the Chief of Staff, General Farre. It resulted in a German victory and the capture of Amiens. In December, Faidherbe advanced and took up a strong defensive position along the line of the River Hallue, where a fierce battle was fought on December 23. After the French retreat, Faidherbe regrouped, and advanced again, this time on Bapaume. Another fierce encounter followed on January 3, at the end of which each side believed itself to be defeated. Faidherbe was thwarted in his objective to lift the Siege of Péronne, which fell on January 9. By now the situation at Paris was desperate, and on January 15 Faidherbe began a march eastwards with a view to compelling the movement of part of the investing armies to meet his advance. This resulted in the crucial battle of Saint Quentin on January 19, in which the Germans were now led by the redoubtable General August von Goeben, who won a final and decisive victory. The Author draws on a wide range of rare contemporary sources to describe the Campaign, which was fought in appalling weather conditions. The book is copiously illustrated, with specially drawn color battle maps to demonstrate the course of the Campaign, and also includes extensive orders of battle. This is the latest title in Helion's ground-breaking series of 19th Century studies, and will again appear in hardback as a strictly limited edition printing of 500 copies, each individually numbered and signed by the author on a decorative title page. 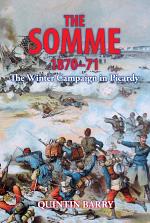 Authors: Quintin Barry
Categories: History
After the battle of Sedan on September 1, 1870 and the collapse of the Second Empire, followed by the investment of Paris, the Government of National Defense set about raising fresh armies. These had as their first objective the relief of the capital. The German troops covering the investment were 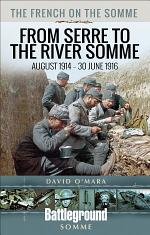 The French on the Somme

Authors: David O'Mara
Categories: History
For many British visitors, the fighting in the Somme starts on 1 July 1916 and few consider what happened in the area before the British took over the line, part in later 1915 and some in 1916.In fact there was extensive fighting during the opening phase of he war, as 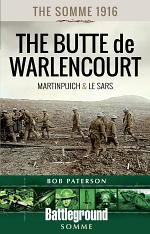 Authors: Bob Paterson
Categories: History
Much of the popular attention on the Battle of the Somme 1916 is focussed on the first day of the infantry assault, 1st July, when such high hopes were dashed and British casualties ran into the tens of thousands. However, the Somme was a battle that lasted over twenty weeks, 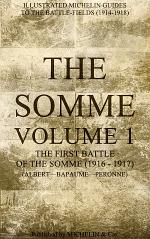 Authors: Michelin and Cie Publisher
Categories: History
The first thirty pages provide an overview of the offensive, the objectives, the theory, methods and tactics adopted and the part played by each arm in the different phases of the attack. In this preamble, which takes the reader up to the German withdrawal to the Hindenburg Line in February/March 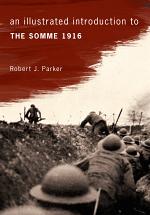 An Illustrated Introduction to the Somme 1916

Authors: Robert J. Parker
Categories: History
Fascinated by history? Wish you knew more? The Illustrated Introductions are here to help. In this lavishly illustrated, accessible guide, find out everything you need to know about the Battle of the Somme.