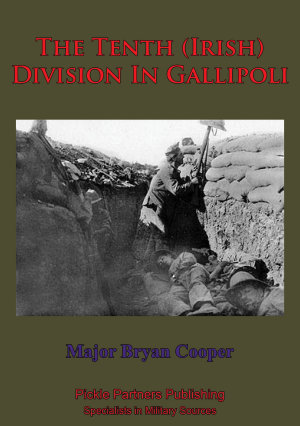 “The story of the division from formation in Ireland in August 1914 to departure from Gallipoli for Macedonia in October 1915. This history covers the period from the raising of the division to its departure from Gallipoli for Macedonia in October 1915. It was the first divisional history to appear in print, and it is a matter for regret that its scope is so narrow a one. As a history its limitation is that it is based mainly on the author’s memory (he served in the division with 5th Connaught Rangers), on other officers’ accounts and on other books in print at the time (February 1917). A later publication would have benefitted from the availability of more official documentation and other material. Nevertheless, this book’s informal style makes it an easy read and it is a tribute to the first Irish Division as such to take its place in the order of battle of the British Army, and the first to go into action. Appendices list Staff officer casualties and infantry officer casualties by battalions; all those mentioned in Hamilton’s despatches of January and February 1916, and those who received honours and awards. The division was the second of Kitchener’s First New Army and began to form in Ireland at the end of August 1914 with battalions from the North and South. It sailed for Gallipoli in July 1915, landed at Suvla on 6th/7th August and went straight into action at the capture of Chocolate hill and later in the fighting for Hill 60. In early October it embarked for Macedonia and by the end of the month it had landed at Salonika, minus its artillery left at Suvla. Casualties at Gallipoli amounted to some 2,100. ”—N&M Press Reprint 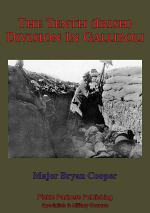 The Tenth (Irish) Division In Gallipoli 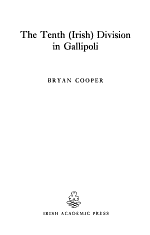 The Tenth (Irish) Division in Gallipoli

The Green & the Red

Authors: Bryan Cooper, A. P. I. Samuels, D. G. Samuels
Categories: History
The Shamrock and the Red Hand at War Divisions of faith, invasions and occupations over centuries, mean that Britain has long had an uneasy relationship with Ireland. The burdens of this have fallen most painfully upon the Irish and their country, for no Irish army ever ravaged English shires. Objective
Language: en
Pages:

The Tenth (Irish) division in Gallipoli, by Bryan Cooper ... with an introduction by Major-Gen

Authors: Bryan Ricco Cooper
Categories: World War, 1914-1918
Books about The Tenth (Irish) division in Gallipoli, by Bryan Cooper ... with an introduction by Major-Gen

Authors: Bryan Cooper
Categories: History
Excerpt from The Tenth (Irish) Division in Gallipoli "So they gave their bodies to the common weal and received, each for his om memory, praise that will never die, and with it the grandest of all sepulchres, not that in which their mortal bones are laid, but a home in