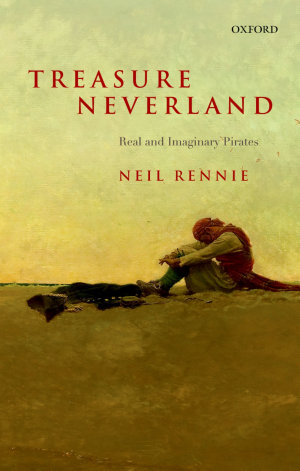 Treasure Neverland is about factual and fictional pirates. Swashbuckling eighteenth-century pirates were the ideal pirates of all time and tales of their exploits are still popular today. Most people have heard of Blackbeard and Captain Kidd even though they lived about three hundred years ago, but most have also heard of other pirates, such as Long John Silver and Captain Hook, even though these pirates never lived at all, except in literature. The differences between these two types of pirates - real and imaginary - are not quite as stark as we might think as the real, historical pirates are themselves somewhat legendary, somewhat fictional, belonging on the page and the stage rather than on the high seas. Based on extensive research of fascninating primary material, including testimonials, narratives, legal statements, colonial and mercantile records, Neil Rennie describes the ascertainable facts of real eighteenth-century pirate lives and then investigates how such facts were subsequently transformed artistically, by writers like Defoe and Stevenson, into realistic and fantastic fictions of various kinds: historical novels, popular melodramas, boyish adventures, Hollywood films. Rennie's aim is to watch, in other words, the long dissolve from Captain Kidd to Johnny Depp. There are surprisingly few scholarly studies of the factual pirates - properly analysing the basic manuscript sources and separating those documents from popular legends - and there are even fewer literary-historical studies of the whole crew of fictional pirates, although those imaginary pirates form a distinct and coherent literary tradition. Treasure Neverland is a study of this Scots-American literary tradition and also of the interrelations between the factual and fictional pirates - pirates who are intimately related, as the nineteenth-century writings about fictional pirates began with the eighteenth-century writings about supposedly real pirates. 'What I want is the best book about the Buccaneers', wrote Stevenson when he began Treasure Island in 1881. What he received, rightly, was indeed the best book: the sensational and unreliable History of the Pyrates (1724). 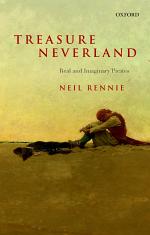 Authors: Neil Rennie
Categories: Literary Criticism
Treasure Neverland is about factual and fictional pirates. Swashbuckling eighteenth-century pirates were the ideal pirates of all time and tales of their exploits are still popular today. Most people have heard of Blackbeard and Captain Kidd even though they lived about three hundred years ago, but most have also heard
Language: en
Pages: 364 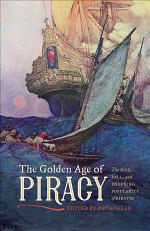 The Golden Age of Piracy

Authors: David Head
Categories: History
Twelve scholars of piracy show why pirates thrived in the New World seas of seventeenth- and eighteenth-century empires, how pirates operated their plundering ventures, how governments battled piracy, and when and why piracy declined. 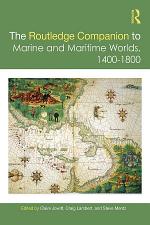 The Routledge Companion to Marine and Maritime Worlds 1400-1800

Authors: Claire Jowitt, Craig Lambert, Steve Mentz
Categories: History
The Routledge Companion to Marine and Maritime Worlds, 1400‒1800 explores early modern maritime history, culture, and the current state of the research and approaches taken by experts in the field. Ranging from cartography to poetry and decorative design to naval warfare, the book shows how once-traditional and often Euro-chauvinistic depictions

Jake and the Never Land Pirates The Great Treasure Hunt

Authors: Disney Book Group, Bill Scollon
Categories: Juvenile Fiction
Hook stumbles upon the Team Treasure Chest filled with Gold Doubloons. He drags it to Never Land where he tries to stay one step ahead of Jake's crew. Will Hook get the Treasure Chest open before Jake and the crew hunt him down?